Measures against bribery in international trade

The Convention is followed by the "OECD Council Recommendation of 13 March 2019", which obliges OECD member states to take appropriate measures, in accordance with their legal system, to prevent bribery in international transactions supported by insurance or export credit financing.
The purpose of the Convention and of the OECD Recommendation  is to oblige the Czech Republic to create the legal prerequisites for criminal sanctions against persons who, in specified cases, act on a foreign public official to act or refrain from conducting public service obligations in order to acquire or maintain other benefits in doing business abroad. The legal prerequisites were met by adopting the wording of Sections 331 to 334 of Act No. 40/2009 Coll., The Criminal Code and Act No. 418/2011 Coll. on the criminal liability of legal persons who, in the course of their business, either themselves, or through another, offer or promise a bribe to a public official (an official), both domestic and foreign, or request, promise or accept a bribe (collectively “bribery”).

The update of EGAP procedures for suspected bribery in international trade is based on the above-mentioned national arrangements and takes into account the latest OECD arrangements made by the above-mentioned OECD Council Recommendation, which expanded the range of persons concerned  and their activities. The Convention and the Recommendation apply to all EGAP insurance products.

EGAP recommends exporters, respectively investors to adopt control systems that reduce the possibility of bribery in connection with export and investment international transactions.

Procedure by EGAP and the exporter

When negotiating insurance with state support, EGAP proceeds in a way that brings minimum administrative burden to the exporter, resp. investor regarding compliance with binding measures in the fight against bribery. However, along with environmental obligations, these are measures that must be compulsorily respected and applied by the exporter/investor and other concerned persons.

Bribery and indirect bribery also include any such offence within the meaning of the offender's jurisdiction.

This declaration is part of the application for insurance with state support, respectively it might be additionally requested. The Insurer (EGAP) has the right to verify the veracity of the declaration and the exporter/investor is obliged to provide all the information and documentation requested by the Insurer for this purpose. If the Insurer suspects that bribery or indirect bribery have been committed in international export and investment transactions or in connection with these transactions, the Insurer will undertake enhanced due diligence of the insured export case/investment.

If bribery was involved in an insured export case or investment, the case cannot be accepted for insurance. In the event that the insurance contract was signed before the initiation of criminal proceedings, which proves that bribery had been committed, the Insurer has the right to refuse insurance indemnity, respectively claim compensation from the  exporter/investor.

It follows from the above, that EGAP will not insure exports, resp. investments in which there is a suspicion of bribery or had been committed an offence of bribery and/or indirect bribery under Sections 331 to 334 of the Criminal Code, or such an offence within the meaning of the offender's jurisdiction. In the event of a final judgment for the aforementioned offences after the conclusion of the insurance contract, EGAP as the Insurer exercises the right not to pay the insurance indemnity, resp. to impose a sanction on a company (exporter, investor or principal) if it is proved that by its conduct an offence was committed in accordance with Section 332 to Section 334 of the Criminal Code.

This procedure is applied on the basis of provisions of legal regulations, relevant general insurance conditions and contractual obligations of the insured, resp. exporter, investor, or principal, which these persons assume in connection with the conclusion of an insurance contract. 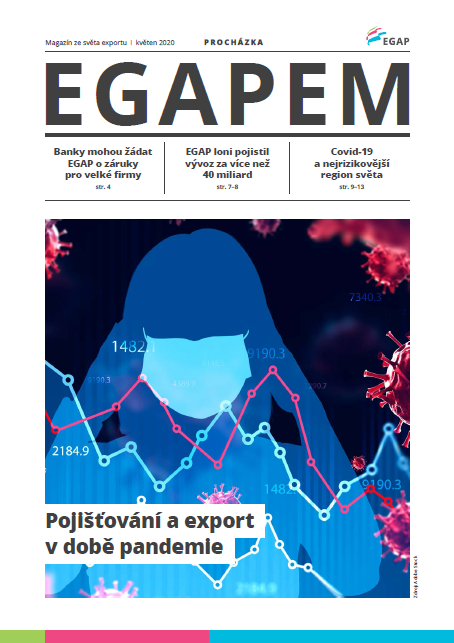